Sometime in the fall of 2013, and in a way these things usually happen–you know, friends chatting about…–we applied for the first TEDx in Vitoria-Gasteiz. One of T

ED’s rules is that you can’t apply for a TEDx named after a city with more than 50k people; the first license has to be named after a quarter, a street, etc. After thinking a lot about it, and taking into account that our first venue was going to be in the middle of the old town, we decided the best name for our event, given that “old town” is too generic, would be TEDxAlmendraMedieval. In February 2014, with the license granted, we started to plan the event with the intention of holding it that fall. For reasons that are not relevant, fall came and we had to ask for an extension to the license, which was also granted. Finally, the first TEDxAlmendraMedieval ever happened in the morning of April 18th, 2015, in the Casa del Cordón of the Vitorian Medieval Almond (translation for Almendra Medieval), before an enthusiastic audience of 100 people. Tickets sold out in one week, as it was a really low-cost event, but everything went alright and got rave reviews. Talks were great, speakers were fantastic and we had the best master of ceremonies ever, with Pia Tedesco in a state of grace, who delighted us with the best of her repertoire. 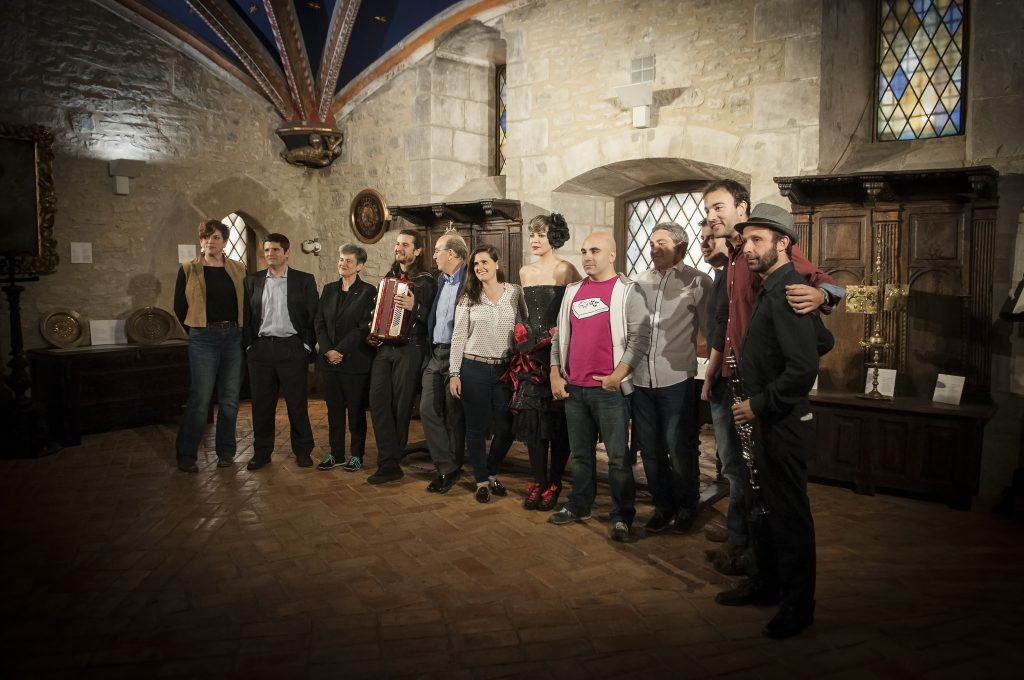 The audience’s assessment corroborated our experience, and we wanted to repeat it, so we applied for the renewal of the license, and also for an extra license to do smaller events over the year. That was the origin of our TEDxAlmendraMedievalSalon that was held in February.

Before the end of the year, Cristina traveled to TEDGlobal in Geneva to participate in the workshops that allowed her to hold a 100+ license and for us to organize a bigger event.

Thus, after the TEDxAlmendraMedievalSalon |Realities beyond Entrepreneurship, in which we had three exceptional speakers, Natxo Gaton, Josetxu Silgo and Quique García speaking about what they know best, there came to be the first TEDxAlmendraMedieval, which took place in the Europa Congress Palace before 400 TEDx enthusiasts.

TEDxAlmendraMedieval | Shake it! Mix it! marked a turning point, not only in terms of the audience attraction, but also in terms of organization and logistics. It wasn’t only about growing by four times, it was also about optimizing resources and efficient management. 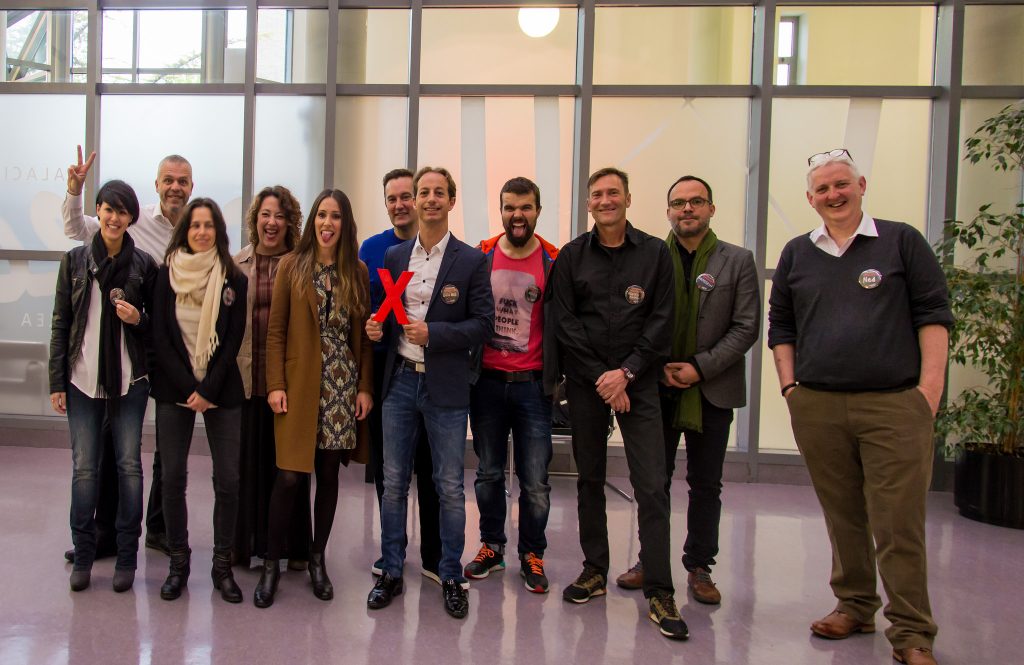 With international speakers, such as Hossein Derakhshan, the Iranian blogger imprisoned for his writings, Todd Hannula, an American living in the US with millions of dollars and pounds raised for start-ups, Andy Stalman, a.k.a. Mr. Branding, Tania Lamarca, Olympic gold medalist in Atlanta… and so on and so forth to 12 speakers. Also, for the first time we had workshops during lunch time, with great success. We intend to repeat the formula.

In 2016, we also experimented with the TEDx vibe, you know, that feeling at any particular moment when all attendees and participants at something are involved as if it was a sports or musical event.

In June, Cristina and Oscar traveled to the first ever TEDSummit, celebrated in the heart of the Canadian Rockies, in Banff. It was a rich and unforgettable experience that put Vitoria-Gasteiz on the TEDx map.

After their return, full of ideas, they kept on with the design of the next edition, this one already with the name TEDxVitoriaGasteiz, and the theme Trace, which is what they now have at hand and that will culminate next April 8th.

Now you: do you have your tickets yet?