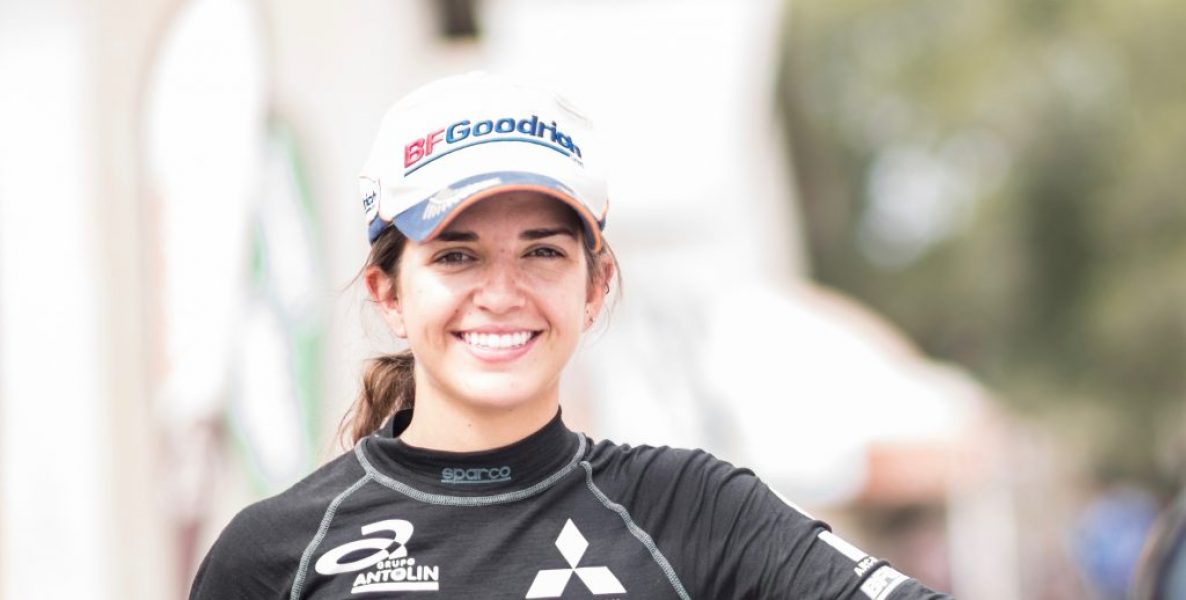 Cristina Gutierrez, aka Tortu, was born in Burgos in 1991. She started riding a 50cc motorbike at age 4, then a kart, and ultimately, when she was 18, she moved to off-road vehicles, modality where, after having being Spanish Champion for three years in a row, she became the first Spanish woman on finishing the Dakar Rally, one of the most demanding races in the world.
Conscious that she moves in a realm, the motor world, dominated mainly by men, most of them more experienced than her, and with an average of 40 years in the Dakar, she deffends that what counts the most on track is time.
Sportswoman, pretty, solidary; prudent but determined; feminine, ambicious, and a winner, she loves the fall, and milkshakes, and participates in charity causes as Tempoko.
More than this, she combines her passion with her career as a dentist.
Follower and admirer of other sportsman, such as Rafa Nadal. Inspired by Fernando Alonso and Jutta Kleinschmidt in the motor world, she was marked by the book «La Vida es un Regalo» by María de Villota.
More than 32,000 followers to her Facebook page, more than 7,100 to her Instagram @cris_tortu, and very active also on Twitter as @cristinagutierrez.
As a kid, she dreamt of jumping off the dunes, and drive on complicated tracks. Today, she can assure she has made her dream come true.